If you want to enjoy Halloween in Tokyo, this is the place to go! 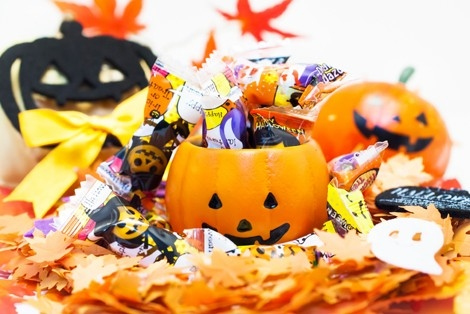 During the Halloween season, the streets of Tokyo are filled with people in costumes, parades, events, and parties, and the excitement of Halloween, centered on October 31, has become a Tokyo tradition. This time, we'll introduce some of the best places to enjoy Halloween in Tokyo.
(As of September 2016)

Roppongi Hills also hosts the ROPPONGI HILLS HALLOWEEN, an annual Halloween week event. The Halloween Parade, which usually attracts more than 3,000 participants each year, will be held for the 14th time in 2016. The event is free to attend (registration required) and takes place from mid-morning to mid-afternoon, so it's a great way for families to get together. Since Roppongi Hills has been a movie town that has hosted many Japan premieres since its opening, it is customary for the theme of the costumes to be limited to movie characters. There will also be make-up and nail polish services, a stamp rally, and a Halloween version of the Tokyo City View photo service, as well as special Halloween menus at Roppongi Hills restaurants.

Taking place in Harajuku, Omotesando, the Hello Halloween Pumpkin Parade is an event for kids that will be celebrating its 34th anniversary in 2016. In fact, the first Halloween parade in Japan was this parade held by Harajuku Kiddy Land. Most of the participants in the first parade were foreign children, and there were many Japanese people watching who had never heard of Halloween. The current sponsor is the Harajuku Omotesando Keyaki Association, a shopping street promotion association, and about 2,000 children under 12 years old and their parents, in total, parade hypothetically along the Harajuku Omotesando, about 1 kilometer of which traffic is regulated. There is a fee to participate in the event, and you can purchase a participation certificate at a special sales booth (about 1,000 yen). Participants will receive commemorative souvenirs and a candy rally MAP.


Access: 0-minute walk from Shimokitazawa Station on the Odakyu Line

"Kichijoji Halloween Festa" is a "Halloween event in Kichijoji by moms for moms and kids". The event is planned and run by mothers with children under the age of six; in 2015, the event is open to children up to third grade, with a capacity of 2,300 participants. The participation fee was 1,000 yen if you only wanted to participate in the candy rally, and 2,000 yen if you also wanted to participate in the parade, and you had to purchase a participation certificate on the ticket sales website. There was also a costume photo contest with a professional photographer that cost 2,000 yen. The Halloween Festa is open to children from 0 years of age, as long as they are in the third grade of elementary school or younger and accompanied by a parent or guardian, and many baby carriages in costumes will appear on the streets of Kichijoji on the day of the event.


If you visit Tokyo at the end of October, you will find many of these events being held here and there. Why don't you visit these spots to experience a wonderful Halloween in Tokyo?