Let's participate in the year-end and New Year countdown events in Tokyo and Yokohama! 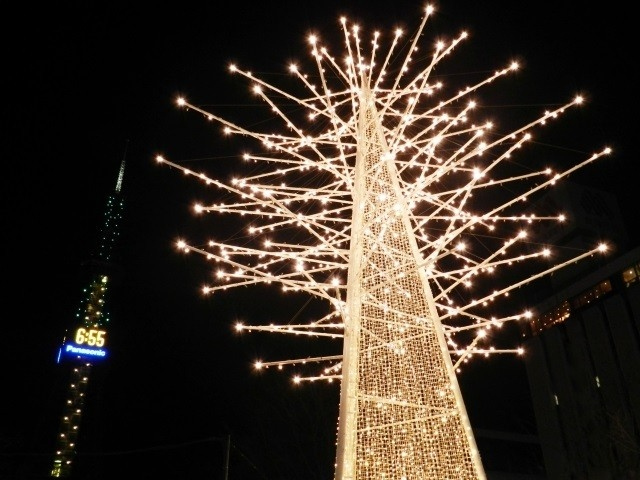 On New Year's Eve, you can participate in the great countdown events! These days, many different kinds of events are being held all over the country. Also, you can't miss the traditional Japanese year-end event of ringing the bell. Here are some recommended year-end and New Year events in Tokyo and Yokohama.  (The information is current as of October 2015)

Countdown events are held at various spots with various contents, including those linked to concerts and amusement facilities. Let's take a look at some of the events in Tokyo that are easy to attend and are sure to be a lot of fun.

This is a special type of cruising that welcomes the New Year on board. There are various types of cruises, and many of them offer Western-style events such as live bands and countdown champagne on board.

The annual New Year's Eve countdown event is held at the Sunshine 60 Observation Deck in Ikebukuro. There is no specific admission limit, and you can enter up to the end time of the event, 25:30 (next day 01:30). Artists and idols sometimes hold mini-concerts on a special stage at the observatory.

In Odaiba, a countdown party will be held at Tokyo Joypolis, an indoor theme park. In past events, you could see special live performances by comedians and idols with an exciting atmosphere.

At Oedo Onsen Monogatari, also in Odaiba, you can participate in a countdown at the Hirokoji, a reproduction of downtown Edo. At this event, you can count down with the actors in the hot spring in one voice. After the countdown, everyone dances to the Oedo Parapara to celebrate the New Year.

Click here to find a Sotetsu Fresa Inn near you.

Countdown events in Yokohama are notable for the large scale events that attract many people. Here are a few events that you can easily participate in.

Open all night from New Year's Eve to New Year's morning. A selection of attractions are available, as well as a special dolphin show for the day.

And in the countdown, fireworks will be in the night sky at the same time as the New Year arrives! There will also be a comedy live, so a lot of people will have a lively New Year's Eve.

In Chinatown, the glittering temples of Emperor Guan's Shrine "Kanteibyo" and Masobyo Temple hold a grand countdown event every year. It is characterized by the Chinese style of celebration, with music, lion dances and firecrackers echo everywhere.

From New Year's Eve to the first sunrise, countdown concerts are held on the Osanbashi Bridge, featuring many musicians, including a cappella, pop, and jazz musicians. Particularly impressive is the "New Year's Eve Whistle," in which all the ships docked in Yokohama Port blow their whistles at the same time. Admission is free, and after the countdown, an all-night movie screening will be held.


Click here to find a Sotetsu Fresa Inn near you.

Finally, here are some temples in Tokyo or Yokohama where you can enjoy the New Year's Eve bell. Of course, all are free to attend.

A Nichiren Shu temple about a 15-minute walk from JR Ikebukuro Station. The temple's bell is designated as an important cultural property by the Tokyo Metropolitan Government. It is said that many people come here every year because the general public can also ring the temple bell on New Year's Eve.

It is about a 5-minute walk from Tokyo Metro Azabu Juban Station. The temple is located on the way to Sendai-zaka, a historical landmark. It is said to be the second oldest temple in Tokyo, after Sensoji Temple. The New Year's Eve bell ringing starts around 23:45 on New Year's Eve.

Take the Yokohama City Bus from JR Kikuna Station, get off at Nishi Terao Kenkoji-mae Bus Stop, and walk 3 minutes. On New Year's Eve, the temple grounds are lit up with 3,000 candles, creating a fantastic mood. In addition to ringing the bell on New Year's Eve, you can also apply for a pray for the New Year.

It is about a two-minute walk from the Keikyu Line Kanagawa Station. The temple stands on a hill with a history of about 800 years. The temple bell rings 108 times as many other temples.


If you want to have an exciting time with everyone during the New Year's holiday, going to a countdown event is a good idea. Or on New Year's Eve, you can go to a temple to ring in the New Year's bell in a Japanese atmosphere. Spend the New Year's Eve with your loved ones and welcome the new year with a fresh mind. However, the schedule of events may change unexpectedly. Be sure to check in advance before you go.