What to See Around Ueno Station? 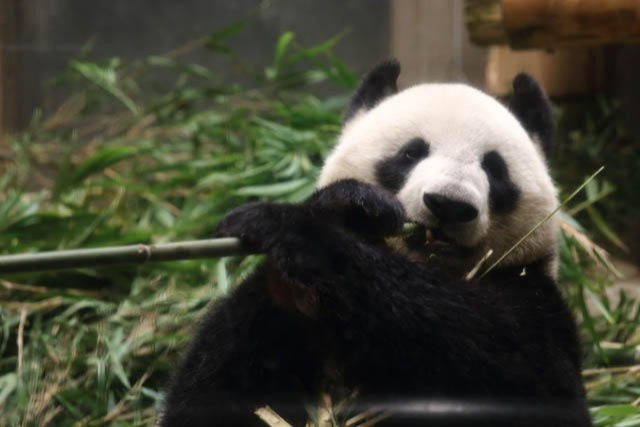 Ueno has a common atmosphere of downtown and also has a cultural aspect with famous museums and art galleries. We introduce some recommended sightseeing spots that you should visit when you come to Ueno.

The Ueno Zoo is the oldest zoo in Japan that was opened in 1882. The zoo has two gardens, the East Garden and the West Garden. Two giant pandas Li Li and Shin Shin, they are the highlight of the zoo since 1972 and you can see them in the East Garden. On the other hand, in the West Garden, you can see the civet, an unusual bird that has been gaining popularity in recent years.


There are about 400 species of animals in the park, which is too many to see in one day.
There are also historical buildings and rich nature here and there in the park, making it a great place to walk around.

Commonly known as Ameyoko, this shopping street is lined with more than 400 shops selling fresh food, sweets, clothing, and general merchandise. Streets are crowded at the end of the year when crab, tuna, and salmon are sold for the New Year. It is also a great place to learn about the history and culture of the city.

In addition, there are many bars and restaurants open from midday, making it a getaway for locals.

There are several art galleries and museums in Ueno Park, but this is a private art museum established by the Japan Art Association. In 2012, the museum held an exhibition of Tutankhamun, which attracted great attention, as well as other exhibitions made by calligraphy groups, retrospectives of domestic and international artists.

National Museum of Nature and Science

Founded in 1877, the National Museum of Nature and Science held special exhibitions and two permanent exhibitions: the Japan Pavilion and the Earth Pavilion. The museum keeps a valuable collection of about 3.7 million items, and also conducts research and study support activities for children.

Another popular attraction is the Theater 36○ (Sanroku-maru), a globe-shaped video facility that was moved from the Nagakute Japan Pavilion at Expo 2005.

Another popular spot is Theater 360 (San Rokumaru), a globe-shaped video facility moved from the Nagakute Japan Pavilion at Expo 2005.

The museum aimed at passing on the culture of downtown to the next generation. It was opened on the shore of Shinobazu Pond in 1980 (Showa 55). The first floor recreates the streets of downtown Tokyo in the Taisho era (1912-1926), while the second floor has a toy corner where visitors can play kendama (Japanese toy ball) and bagoma (Japanese game), a corner that recreates a café from the 1930s, and a section that recreates a public bath. All of the items display furniture and tools that were actually used in those days.

It is a nostalgic museum for those who know the old days, and a fresh and interesting museum for the young generation.

Founded in 1872, it is the oldest Museum in Japan, even older than the Ueno Zoo and the National Museum of Nature and Science. As of November 2016, the museum has a collection of approximately 116,000 items (including 88 national treasures and 634 important cultural properties). In the comprehensive cultural exhibitions, 3,000 items are always on display.

Opening hours:  9:30 - 17:00  (last entrance 30 minutes before closing, until 20:00 on Fridays and Saturdays, but only for the General Cultural Exhibition; special exhibitions vary depending on the season; open until 18:00 on Sundays, national holidays, and holidays from April to September)

Located in Ueno 2-chome, Suzumoto entertainment hall is a yose that performs mainly rakugo and other colorful arts. The regular price is 2,800 yen for adults, and you can enjoy Rakugo in a free atmosphere while eating lunch-box or snacks or drinking beer. You can also enter and leave the theater during the show, so you can enjoy Rakugo when you have some free time.

The performers are mainly comedians belonging to the Rakugo Association, but in 2012, the idol group Momoiro Clover Z performed under the name "Momokurotei Ichimon", and sometimes you can see other unique performances here.


Ueno has Ueno Park, a lively shopping street, and various cultural facilities. Why don't you visit these spots when you come to Ueno Station?