How to get to Roppongi? 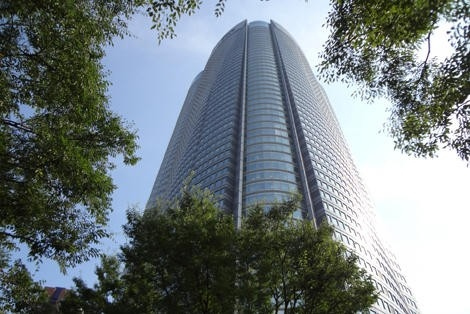 Roppongi is known as one of Tokyo's busiest areas, with complexes such as Roppongi Hills and Tokyo Midtown. It's also home to a wide range of famous restaurants and cultural facilities, making it a town where you could spend a whole day sightseeing and never get bored. In this article, we will tell you how to get to Roppongi, if this is the first time you are visiting here.

Where is Roppongi located?

Roppongi is located in the center of Tokyo's Minato Ward, adjacent to Shirokane, a famous luxury residential area, and Toranomon Hills, a new Tokyo landmark that opened in 2014.

From Roppongi Station, you can reach Akasaka Station, Aoyama-itchome Station, and Azabu-juban Station in about 20 minutes on foot, making the area easily accessible to other cities.

How to get to Roppongi

There are several ways to get to Roppongi. Tokyo has a great transportation system and here are a few ways you can choose.

If you take a train, follow the next routes.

If you are going to Roppongi by car, the next route is available.


This route is based on the assumption that the destination is Roppongi Hills.


First, if you are coming from Shibuya, get off at the "Takagicho" exit on the Metropolitan Expressway No. 3 Shibuya Line.


It also takes about 90 minutes to get there from Narita Airport via the Higashi Kanto Expressway (Wangan Ichikawa - Itako) from the Shin-Kuko Expressway, and the Iikura exit of the Metropolitan Expressway Central Circular Route.


However, due to the heavy traffic of cars, motorbikes, and bicycles in Roppongi, we recommend getting off at the taxi stands of each facility and walk to your destination.

If you want to take the bus, Toei Bus is what you need. Major bus stops include "Roppongi Ekimae", "Ex Theater Ropponokimae", "Roppongi Hills", "Roppongi Keyakizaka", "Roppongi Nana Chome", and "Hinokicho Koen".
In addition to the Toei Bus, the Minato City Community Bus Chii Bus stops at the above bus stops. You can also ride the "Chii Bus" for 100 yen per ride. Furthermore, pre-school children can ride for free, so you can easily get to Roppongi with your children.


Roppongi can be accessed in a variety of ways. If you have trouble with a huge transport system in Tokyo, please refer to the above information and take your best route.