We would like to thank you for using the Sotetsu Grand Fresa official website.
Sotetsu Grand Fresa Hiroshima closed its business after check-out on Saturday, July 31, 2021. We would like to express our sincere gratitude for your support over the years.
We, SOTETSU HOTELS, are pleased to announce that Sotetsu Fresa Inn Hiroshima opened on Tuesday, July 27, 2021. We hope that you will use Sotetsu Fresa Inn Hiroshima for your future stays in Hiroshima. 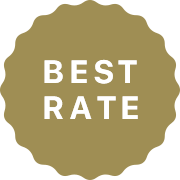 On Tuesday, November 15, 2022, we changed our hotel reservation system. ※Excluding some hotelsPlease check here for details.

※Please contact the hotel directly for same-day reservations after 12:00 am.